I now have two distinct levels! 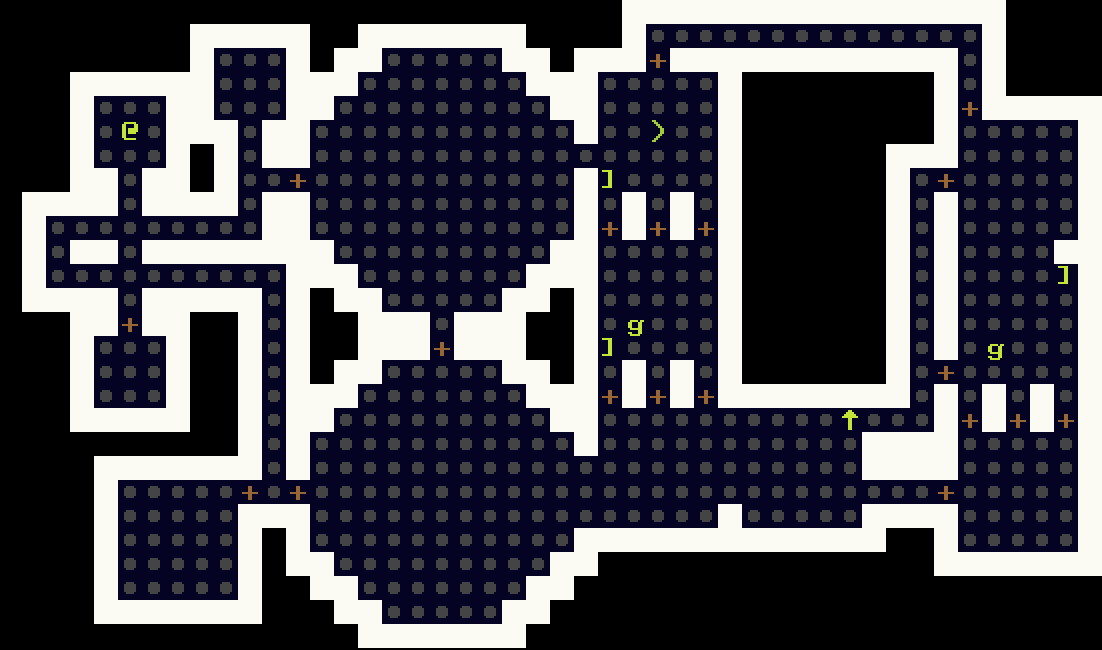 The player starts in a cell with a single exit. Items and enemies are in specific places. For items, you'll only find pieces of rebar lying around. A couple of guards patrol the halls, and there's a chance that there are other cells, some of which contain other test subjects who will try to attack you because they have lost their minds. 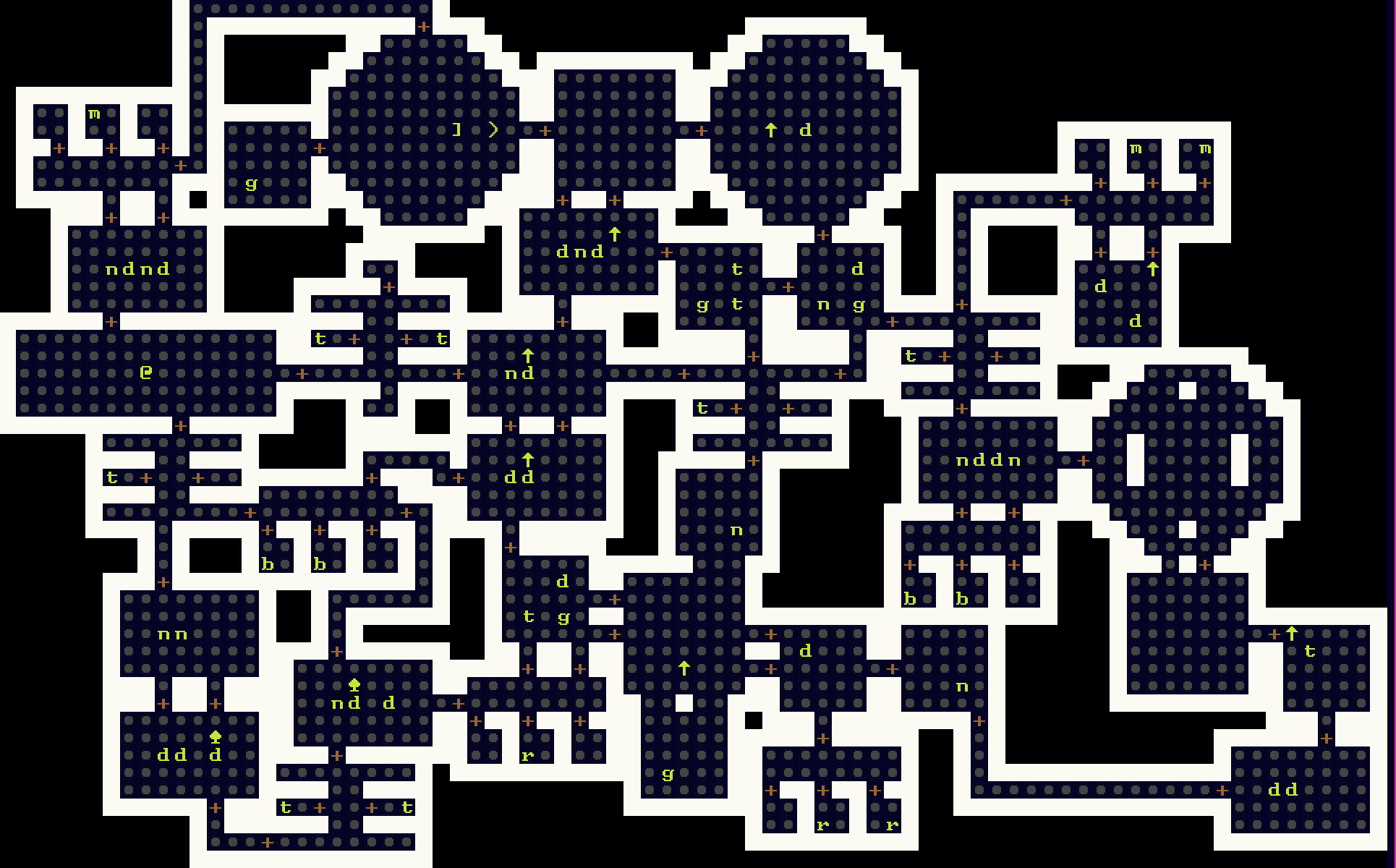 Once you're out of the holding cells, you're in the medical testing facility where you'll fight doctors, nurses, pigs, monkeys, beagles, rabbits, stronger guards, and other humans. You'll also find medical equipment like needles, scalpels, and rubber gloves.

Brought To You By CSVs and Prefabs

This is the REXPaint file with all my prefabs in it: 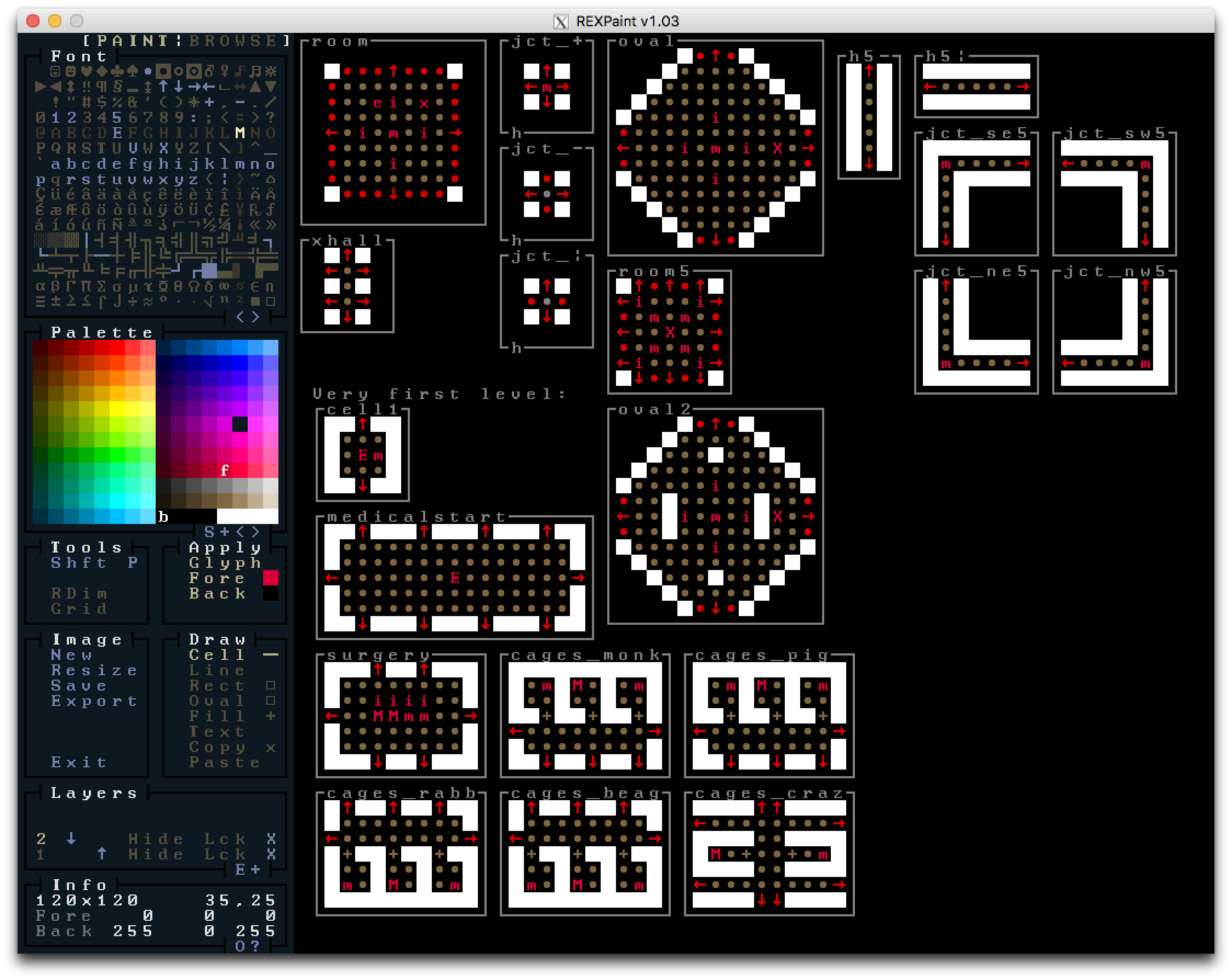 There's a corresponding CSV file that determines each prefab's rarity, what its tags are, what mobs and items may appear in it, and what it's allowed to connect to.

I added optional flavor text to each prefab, and when you're on a tile that was generated from a prefab with flavor text, that text will now show in the sidebar.

Tomorrow I'll add piranhas in taser mech suits, a dinosaur pen for the laser raptors, and possibly a final boss. Then I'll playtest the crap out of it until my time is up.

A roguelike about escaping from a mad scientist's lab